Kids STEAM Ahead at the Community Well

Home/kids, Programs/Kids STEAM Ahead at the Community Well
Previous Next

Kids STEAM Ahead at the Community Well

It’s hard to believe, but we’ve already reached the end of our first six week STEAM series of Mythical Lands and Robots! We had a blast! Our students applied science, art, math, spatial and critical thinking while building their group project. Mobile Minds of New Jersey (MMNJ) adopts a Maker perspective in the production of our project by allowing students the autonomy to create as they wish.  They brainstormed, visualized, modeled, scaled, compared, shifted and manipulated various mediums to build their project. At the end, they coded the robot’s trail to go slow, super-fast, spin and reverse through the mythical land. The children presented their project to their parents during the last class to explain what all the (fun) hard work was about.  The overall general consensus is that they are all looking forward to the next STEAM classes hosted by MMNJ at The Community Well. 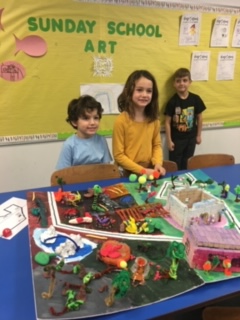 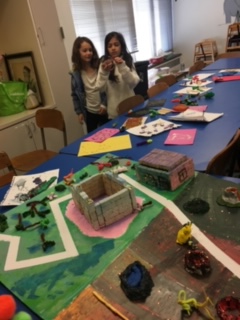